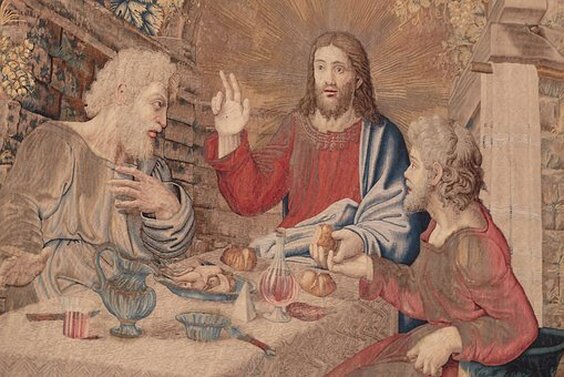 ​We had hoped … to sing our Alleluias in Church on Easter Day, to gather
with our friends and families, to be ‘back to normal’.
We had hoped … some of the most poignant words of scripture, words
of grief and longing, that were spoken on the road to Emmaus (Luke
24). Two travellers, walking away from Jerusalem, entrust their
sadness to a stranger.
We had hoped, they said, that Jesus would be the one to save us.
Unknown to them, he is the very person to whom they are speaking.
The one in whom they had hoped, the one they had witnessed dying on
a cross. He was here now walking beside them, and they didn’t
recognise him. But at his invitation they are telling their story.
This is still the invitation of the risen Lord Jesus – tell me how it is, let
me hear your story. As we look back over the past year, we have had
hopes that have risen and fallen. The risen Lord Jesus is interested in
our hopes and our disappointments. He invites us to share them with
him.
As the three draw near to the village of Emmaus the couple invite Jesus
in to eat and stay. ‘When he was at the table with them, he took
bread, blessed and broke it and gave it to them. Then their eyes were
opened.’ Like those disciples, may our eyes be opened and hearts set
on fire by the risen Jesus giving us new hope and faith. For whether in
sadness or joy the truth is this – that Christ is risen from the dead, and
the way to life stands open. So let us shout and sing our Alleluias
however and wherever we are. For we are Easter people and Alleluia is
our song.                                               ​